10 years ago today will always remain as one of my favorite days. My boyfriend of 6 months suggested that we go watch the sunrise at the beach. This was not unusual, since we had done so a month prior. I wasn’t overly ecstatic that morning, thinking, “It’s too early.” I was looking forward to the breakfast part more than the sunrise part. I thought it was odd, though, that my dad woke up early to see me off at the door that morning.

Allan and I walked out to the beach. Not many people were there. There was a young man standing in front of a canvas; it looked like he was painting something (but we were only able to see the back of the canvas). I had never seen anyone do that on the beach. He quickly walked over to us and asked, “Would you guys mind keeping an eye on my stuff while I run to the car to get more paint?” Allan agreed and the man ran off. How unusual. There was a man walking by with his dog, and he blurted out, “That sounds like a line from a reality show!” Somehow this random stranger’s comment put my own mind at ease, as I thought, “He thinks this is pretty strange too.” Still very much unsuspecting of what was about to happen, I quickly said to Allan, “Let’s go see what he’s painting!”
We walked over. I looked at the painting.

That’s when the world froze.

It wasn’t a real painting. It was a print of “The Singing Butler,” perfectly framed. It’s a picture that a few months prior, I pointed out to Allan as one of my favorites, while we were browsing through an art shop in St. Augustine.

As the world began to unfreeze, and as the wheels began to turn, I saw that he was down on one knee. He was so nervous, he was jumbling over some words, but it really didn’t matter, because I wasn’t listening to a word of it. I was still trying to get over the shock. After his speech, I think he asked the big question at the end, and there was silence.

He was getting pretty nervous by this time, and I think he started to say, “This is when you say…” And I finally said, “YES!”

He slipped the ring on my finger. We hugged, we kissed. This whole time, his friend from work (who was posing as an artist) and his girlfriend were taking pictures to capture this moment. It wasn’t until we got back into his car that I took a good look at the ring. I exclaimed, “Oh my goodness!!” It was so gorgeous…and big. He laughed.

The surprise was not over yet. He planned for our helpers (posing artist and his girlfriend) and our friends to meet us for breakfast afterwards. It was a great time of celebration.

Later that night, we shared the news with our church friends at the Saturday night service, and a group of us went out to dinner afterwards to celebrate. Even the servers at Carrabbas sang for us.

Yes, it was one of my favorite surprises, ever. But the BIGGER surprise from the last 10 years has been this: how life gets sweeter with you every single year. No, it has not been the happily ever after that I expected marriage to be when I was a little girl. We are not without struggles. But our love only grows through the valleys and the mountain tops. And that’s so much better than the happily ever after.

I am so glad you asked, and I’m so grateful that God gave me enough sense to say YES. There was no way for me to know then what kind of a husband and father you would be. If I knew then what I know now, I would not have hesitated for a second. You are my first choice, always and forever. I’m so blessed that I’m yours. 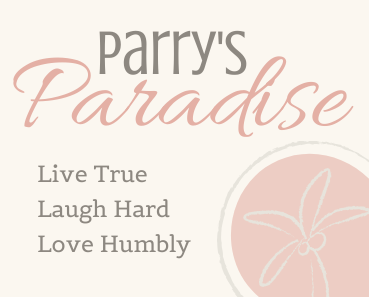